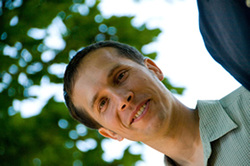 Dr. Nolan Kane: is an evolutionary biologist with substantial experience sequencing, assembling, annotating and mapping genomes. He works with numerous organisms such as cacao, sunflowers and Brassica (cauliflower, broccoli, kale, mustards) on a variety of fundamental biological questions concerning domestication, adaptation, conservation, and speciation.  Dr. Kane’s experience and expertise in genomics and evolution will be invaluable to CGRI’s goal of revolutionizing Cannabis for the purpose of medical and industrial breeding.
Email: nolan.kane(at)colorado.edu 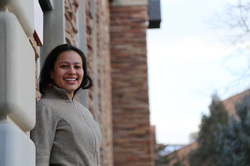 Dr. Daniela Vergara: is an evolutionary biologist with experience in coevolutionary interactions who recently received her degree from Indiana University Bloomington. Her previous work involves the ecological description of host-parasite interactions in time and geographical space. She has been working with Dr. Kane for the past six months, learning about genomics and genome assembling and annotation. She is interested in understanding the genomic variation found in male and female Cannabis plants.
Email: verdaniela(at)gmail.com; daniela.vergara(at)colorado.edu 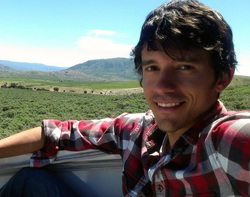 Kyle Keepers: graduated from the College of Charleston in 2007 with a degree in mathematics.  Kyle is now endowed as a Ph.D. student by the Interdisciplinary Quantitative Biology Program at CU Boulder, which is helping him apply his math skills towards his passion for biology.  Besides learning about the distinctiveness about Cannabis genomes, he is also interested in how the fitness of inbred populations of desert fishes is affected by the introduction of genetic variation from neighboring, less inbred populations.  With his research he hopes to understand whether facilitated transfer of genetic variation is a viable conservation tool.
Email:kylekeepers(at)gmail.com 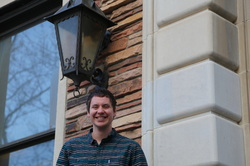 Silas Tittes:  is an evolutionary biologist broadly interested in how humans interact with other species and the consequences that these interactions have at the genomic level.  He works in multiple different projects in the Kane lab including the study of sunflower adaptation to urban environments, genome wide analysis of field mustard (Brassica rapa) populations, and global distribution and climatic adaptation of Arabidopsis thaliana. Silas specializes in computational analysis, statistics and bioinformatics.
Email: silas.tittes(at)gmail.com 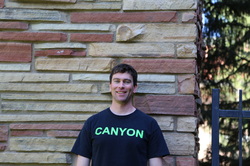 Ryan C. Lynch: is a Ph.D. candidate at the University of Colorado in the Department of Ecology and Evolutionary Biology.  He uses experimental and population genomic approaches to uncover novel adaptive traits of bacteria and plants.  Past projects encompass a range of study systems from exotic Atacama Desert Actinobacteria to the prairie tallgrass, Andropogon gerardii.   He earned his bachelor’s degree at the University of Colorado.
Email: rlynch(at)colorado.edu 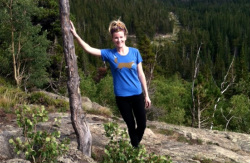 Kristin White: is a research assistant with a degree in Ecology and Evolutionary Biology from CU Boulder. She is broadly interested expanding her work in genetics, phylogenetics, statistics, and bioinformatics.  Specifically she is excited about understanding how the Cannabis genome has changed over time in response to human selection for particular traits and quantifying the chemotypic variation in modern strains. Her previous work includes work on soil nitrogen cycling in managed rangelands and the chemical mediation of plant-insect interactions. 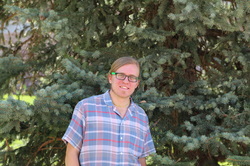 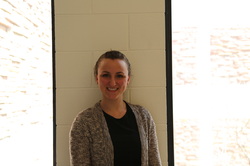